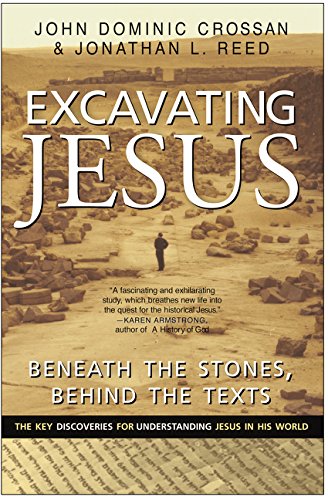 Why did Jesus happen when and where he happened?  Why then?  Why there?  Sharpen the questions a little.  Why did two popular movements, the Baptism movement of John and the Kingdom movement of Jesus, happen in territories ruled by Herod Antipas in the 20s of the first common-era century?  Why not at another time?  Why not in another place?

Imagine two ways of answering those questions: by stone or by text, by ground or gospel, by material remains or scribal remains, by the work of the archaeologist or the work of the exegete.

The premier historical Jesus scholar joins a brilliant archaeologist to illuminate the life and teaching of Jesus against the background of his world. There have been phenomenal advances in the historical understanding of Jesus and his world and times, but also huge, lesser known advances in first–century Palestine archaeology that explain a great deal about Jesus, his followers, and his teachings. This is the first book that combines the two and it does it in a fresh, accessible way that will interest both biblical scholars and students and also the thousands of lay readers of Biblical Archaeology Review (150,000+ circulation), National Geographic, and other archaeology and ancient history books and magazines. Each chapter of the book focuses on a major modern archaeological or textual discovery and shows how that discovery opens a window onto a major feature of Jesus's life and teachings. 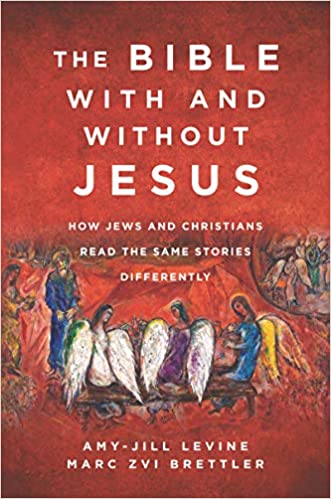 Amy-Jill Levine  and Marc Zvi Brettler aim to foster better understanding between Jews and Christians in this impeccable volume examining well-known passages from Israel’s scriptures that are important to the New Testament. Stories they examine include the creation of the world, the Garden of Eden, and Jonah’s prophetic mission. For familiar texts such as “an eye for an eye” and “the virgin shall conceive and bear a son,” the authors trace how they were interpreted at different times by ancient Israelites, New Testament authors, postbiblical Jews, and later Christians. For example, viewing Adam and Eve as misguided actors requires “a code of conduct, and so we have the Jewish Torah, which helps to harness the evil inclination”—but if the story is considered “a narrative of a fall, then we require a narrative of a redemption, and so we have the Christian story.” The effect is often one of appreciation of the influence of translation choices—for example, Isaiah refers to an “almah,” literally meaning a young woman in Hebrew, but the Septuagint, which rendered the Bible in Greek, chose to translate it as “parthenos,” a term affiliated with virgin birth. This remarkable, accessible study will appeal to anyone interested in the Hebrew Bible. 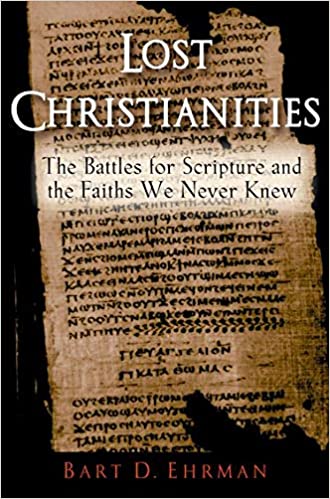 We were really looking forward to meeting at home again, but it appears that not enough people are getting vaccinated.  No cookies yet.  Get those vaccinations and stay alive.

What if Marcion's canon—which consisted only of Luke's Gospel and Paul's letters, entirely omitting the Old Testament—had become Christianity's canon? What if the Ebionites—who believed Jesus was completely human and not divine—had ruled the day as the Orthodox Christian party? What if various early Christian writings, such as the Gospel of Thomas or the Secret Gospel of Mark, had been allowed into the canonical New Testament? Bart Ehrman is a professor of religion at UNC Chapel Hill and offers answers to these and other questions in this book, which rehearses the now-familiar story of the tremendous diversity of early Christianity and its eventual suppression by a powerful "proto-orthodox" faction. The proto-orthodox Christians won out over many other groups, and bequeathed to us the four Gospels, a church hierarchy, a set of practices and beliefs, and doctrines such as the Trinity. Ehrman eloquently characterizes some of the movements and Scriptures that were lost, such as the Ebionites and the Secret Gospel of Mark, as he outlines the many strands of Christianity that competed for attention in the second and third centuries. He issues an important reminder that there was no such thing as a monolithic Christian orthodoxy before the fourth century.