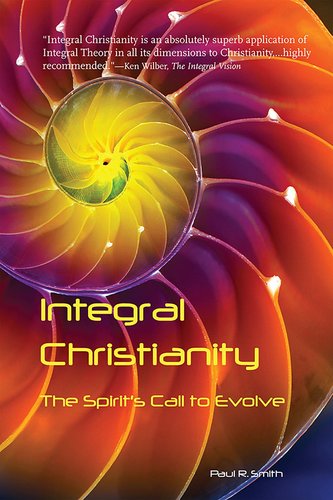 The evolution of all religions into deeper, wider, and higher dimensions is crucial to the evolution of human spirituality and consciousness. In this book, Paul Smith presents just such an inviting and expansive pathway for the Christian religion that is faithful to a Jesus-centered theology of biblical interpretation and illuminated by the emerging field of integral philosophy.
The perspective of integral theory and practice articulated by Ken Wilber help uncover the integral approach that Jesus advocated and demonstrated in the metaphors of his time – and that traditional Christianity has largely been unable to see.
Smith incorporates elements of traditional, modern, and postmodern theological viewpoints, including progressive, New Thought, and emerging/emergent ones. However, he goes beyond them and moves to a Christianity that is devoted to following both the historical Jesus and the Risen Cosmic Christ whose Spirit beckons to us from the future.
Smith reminds us, “The oldest thing you can say about God is that God is always doing something new. Jesus pushed his own religion to newness by including the best of its past, and transcending the worst of its present. He calls us to do the same, whatever our religion is today. Jesus continues to be a prototype for all spiritual paths in their task of keeping up with the Spirit’s evolutionary impulse to welcome the next transcendent stage.” 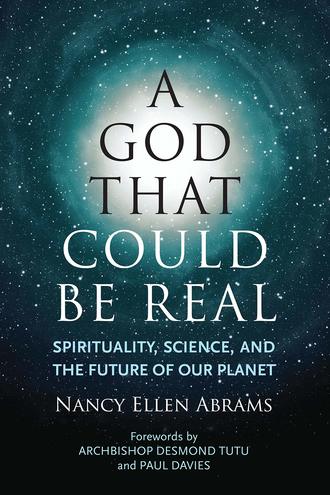 A God That Could Be Real

A paradigm-shifting blend of science, religion, and philosophy for agnostic, spiritual-but-not-religious, and scientifically minded readers

Many people are fed up with the way traditional religion alienates them: too easily it can perpetuate conflict, vilify science, and undermine reason. Nancy Abrams, a philosopher of science, lawyer, and lifelong atheist, is among them. And yet, when she turned to the recovery community to face a personal struggle, she found that imagining a higher power gave her a new freedom. Intellectually, this was quite surprising.

Meanwhile her husband, famed astrophysicist Joel Primack, was helping create a new theory of the universe based on dark matter and dark energy, and Abrams was collaborating with him on two books that put the new scientific picture into a social and political context. She wondered, “Could anything actually exist in this strange new universe that is worthy of the name ‘God?’”

In A God That Could Be Real, Abrams explores a radically new way of thinking about God. She dismantles several common assumptions about God and shows why an omniscient, omnipotent God that created the universe and plans what happens is incompatible with science—but that this doesn’t preclude a God that can comfort and empower us.

Moving away from traditional arguments for God, Abrams finds something worthy of the name “God” in the new science of emergence: just as a complex ant hill emerges from the collective behavior of individually clueless ants, and just as the global economy emerges from the interactions of billions of individuals’ choices, God, she argues, is an “emergent phenomenon” that arises from the staggering complexity of humanity’s collective aspirations and is in dialogue with every individual. This God did not create the universe—it created the meaning of the universe. It’s not universal—it’s planetary. It can’t change the world, but it helps us change the world. A God that could be real, Abrams shows us, is what humanity needs to inspire us to collectively cooperate to protect our warming planet and create a long-term civilization. 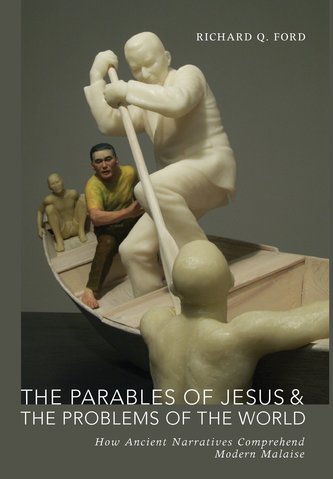 The Parables of Jesus and the Problems of the World

This will be the fourth Parables book we have done as a group, including titles by Brandon Scott, John Dominic Crossan and Amy-Jill Levine. An important point made by all these authors is that the parables of Jesus were meant to be totally open ended and make you think about your own situation, rather than providing answers for you to accept. The Gospel writers sometimes let Jesus speak for himself, but they often book end their descriptions of the parable and situation with their own morality and conclusions. I like the open ended presentations. However, this book is different as the author is using Jesus' parables to help us think about specific situations in the world today. By doing this, he must include his interpretations of Jesus' stories. It's not a bad thing in this case.
From Amazon: Remarkable is how extensively in each parable Jesus provides a subtle but rich array of unexpected possibilities hidden within the hierarchies of power so commonplace in his world. By doing so he profoundly addresses the perils inherent in the prerogatives of many of us living in today's world. In these ancient interpersonal tragedies, readers can discover modern global analogues-where the powerful still control the powerless and where others of us, immersed as we are in privilege, are still willing to side with control. 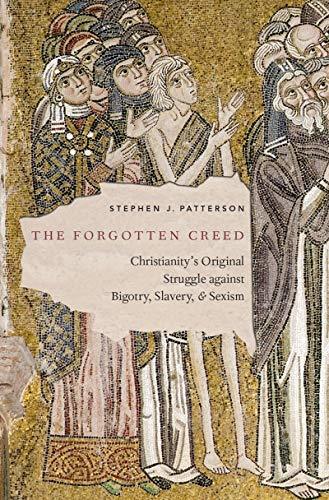 With a style as serenely clear as its content is powerfully persuasive, this book is an elegy for Christianity's earliest baptismal creed which promised that Roman distinctions would not become Christian discriminations and that the basic differences of race, class, and gender would not become hierarchies of oppression. When that inaugural creed is forgotten, Christians are born again, not into a transformed world, but simply into the same one as before. Read this book not just a s past Christian history but as present American challenge. - John Dominic Crossan

"The Forgotten Creed" carries a vital message for our time: at the heart of Christianity is a call for solidarity that has been lost. In his careful examination of one of the earliest Christian creeds and rituals, Stephen Patterson reveals our long history of fearing others and exposes the categories used by the powerful to divide, conquer, and oppress. 'What does Christianity have to say about race, class, and gender?' Patterson asks. 'Everything." At the core of "The Forgotten Creed" is a vision for communities in which differences is honored, diversity is celebrated, and equality is divine. An urgent, necessary book that should be required reading in every church." - Sarah Sentilles