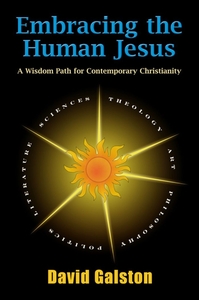 This is the initial entry for Embracing the Human Jesus by David Galston.
Meetings will run from January 13 to March 10, 2013 at our usual 7:00 PM on Sunday evenings.
Comments on this blog will include questions for each chapter and any comments readers would like to share with the group. As readers will notice, we never have time to get to all the questions in an evening. That means that sometimes your favorite question (either one the leader posed, or your own) will not be addressed. That problem can now be remedied here on this blog. Further, we can "prime the pump" by getting ideas flowing even before the meeting starts on Sunday evening. Remember the potluck at the last meeting. 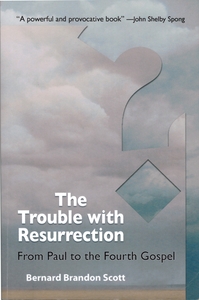 The Trouble with Resurrection

From the Preface:
Resurrection is the central belief in Christianity and why the early Christians believed has always fascinated me (the author, Bernard Brandon Scott). I have spent the majority of my career investigating the historical Jesus but I have remained intrigued about how early followers got from Jesus on earth to Jesus in heaven.
Doubt and uncertainty are part of our discussion. Often we are in gray areas where we know less than we think we know. The trick is to know when we are on terra firma and when it is shifting beneath our feet. I will try to be as honest as I can and ask of the reader an openness and a criticalness. We often will be dealing with hypotheses and there is a temptation to say, "Well, it's just a hypothesis." The word "just" is often used to dismiss. But a hypothesis is the way we assemble the data in order to make sense of it. We have no option but to engage in hypothetical thinking, otherwise we just quit thinking.
We also are often tempted to argue, "Well, it could have happened." "Could" is another knotty word. Almost anything could have happened. The real question is, "What is the probability of it happening?" With history we are always dealing in probabilities, what is likely.
We sill start this study April 21, 2013. 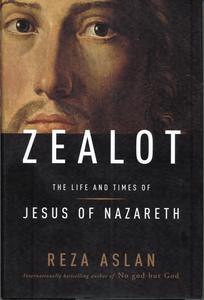 This is another view of the historical Jesus produced by a scholar for popular audiences. This book is much easier to read than the last couple we have studied. There are many reviews of Zealot available on the internet, each emphasizing a different view of the historical Jesus and how Aslan has treated his own view. We will be concentrating on how we as individuals and as a group feel about the particular characterizations Aslan makes of Jesus. In this way, I hope we will each grow in our own understanding of what we think the message of Jesus was (and is) for the world.